A question to get me back on track…

John asks: What is the deal with covering victims and mirrors with bedclothes?

Admittedly I have gone slightly off track with the original intent of the blog. Perhaps comparing other axe murders of the time to those I consider part of the Midwest Axeman’s reign interests me more than readers. So let me get back on track by addressing John’s question.

I’ll give my usual caveat: I am not a criminal profiler. The opinions expressed are mine. 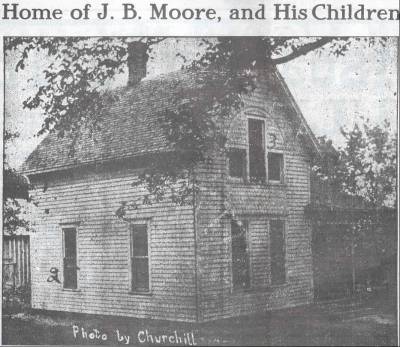 The crime scenes in which at least one victim was covered with bed sheets or clothing were: both of the crime scenes in Colorado Springs, Monmouth, Ellsworth, Mount Pleasant, Paola and Villisca. Only one crime scene had the mirrors covered, Villisca, but at Ellsworth the phone was covered. Let me address the covering of the bodies first. In some post somewhere I said this usually indicates some amount of remorse on the part of the killer, an attempt to “take it back” if you will. Psychopaths don’t care about their victims so remorse was less likely to be a reason. More likely this was a compulsion or something the killer felt he had to do. It is important to note the killer only attacked the heads of the victims, usually obliterating their facial features. This was not only a means to an end (the end being the death of the victim) but a way to depersonalize the victim. Covering the victim further insured they did not have to “see” them... or perhaps for the victim to “see” the killer.

Why cover the mirrors? Contrary to what was written at the time, covering mirrors in a house after someone has just died was common place in the United States. It was speculated the reason was due to an East European superstition about the dead seeing their reflection and becoming trapped in the house. However it has long been a Jewish tradition while sitting Shiva to have mirrors covered as well. It was also common place among the “lower” classes of England to cover mirrors and windows after a person died. I don’t think we’re looking at a simple superstition here but a psychological need being fulfilled. Investigators in Ellsworth speculated the killer covered the phone in order to muffle the sound of it ringing. This seems fairly ridiculous unless the killer had a reasonable expectation the phone might ring at one in the morning. I believe the phone was covered for the same reason the mirrors and victims were covered (dramatic pause); the eyes.

The killer either didn’t like to be watched or didn’t want to be looked at, maybe due to a perceived (or real) physical scar or defect (since I think the killer worked for the railroad perhaps it was due to a train accident). After the killer had murdered the victims he covered windows in order to block the view of any pain in the neck witnesses then proceeded to carry out his rituals, in complete anonymity, safe from the eyes of his victims and himself.

I just got into this topic recently, so pardon my ignorance. But the Hudson's in Paola were covered and then beat to death with the weapon, the Ellsworth and the Villisca murders were beaten and then covered. This strikes me as a key difference. The Paola murderer seems pretty calculated, he is concerned with blood, the Ellsworth and Villisca murderer is not as if he actually enjoys the act.

You are correct about the Hudsons' being hit while the bed clothes were covering them. This doesn't mean it was the way they were initially attacked. The blows they received after the covers where thrown over them were likely finishing blows or secondary attacks. The newspaper speculated it was to prevent blood from splattering on the killer but this probably isn't the case. Both bodies were found positioned in bed as if they were sleeping while cuddled. If the killer threw blankets over their heads before striking them they probably wouldn't have been found in this position. They were probably attacked while sleeping. After the killer covered their heads, perhaps one of the victims wasn't quite dead and made a noise, so the killer returned and struck them several more times with the covers over them. This is actually what happened in Villisca except when the finishing blows occurred, the killer had yet to cover the heads of Joe and Sarah Moore. Thanks for reading!

Have you read The Man from the Train by Bill James?

The Story of the Midwest Axe Murders

In 1911 and 1912, entire families were destroyed by a silent fiend wielding an axe. Whole branches of family trees were sawed off and many of these people were forgotten. This is an attempt to memorialize those who were tragically killed.

Inspector Winship
I have a degree in Anthropology. I am a history buff who is particularly interested in historic crimes. I stumbled on the subject of the Midwest Axe murders entirely by accident and have obsessed about them ever since.

Get this Recent Comments Widget